We picked the Namer as our IFV of choice. But I have more to say about it, and a few things I might like to tweak. First, let’s take a good look at the turret. 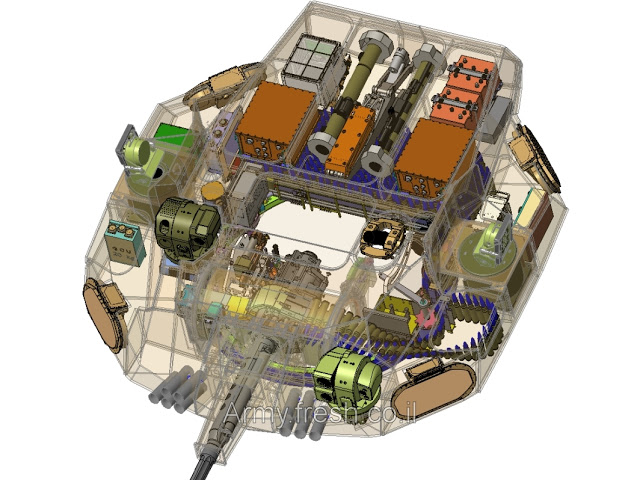 This is from a presentation, so it’s a trifle incomplete. We can see most of the mechanisms though. Note that the popup missile launcher has a pair of MATADOR rockets installed here. These could also be Spike 2 ATGMs. There’s also no indication (at this stage) of an autoloader for the Trophy install, or any indication of the autoloader assembly for the mortar.

Still, it’s a great turret. I really like the firepower in the Namer IFV. We could debate caliber until we’re blue in the face, but 400 rounds of 30x173mm plus two rockets or missiles is very solid. However, I’m a good armchair strategist, and I can always find things I might like to tweak given the opportunity. We’ll go through these in order of ease of doing.

5 thoughts on “More on the Namer”