The market for small single stack (and staggered-single stack) pistols for concealed carry is huge. In my eyes, they’ve neatly usurped the old S&W J-Frame in the small concealment weapon space. Perfect for NPEs and the backup gun role. For my money, I’d much prefer striker fired triggers to heavy double action revolver triggers. Plus, the sights on the Glock 43 and M&P Shield are easily interchanged. Sights on most J-Frames aren’t. And what comes on the gun are atrocious.

So it makes sense that SIG would try to get in on this market. Using the same sort of striker-fired action as in their P320, they’ve come out with the P365. It’s sized in between the Glock 43 and the M&P Shield, as seen below 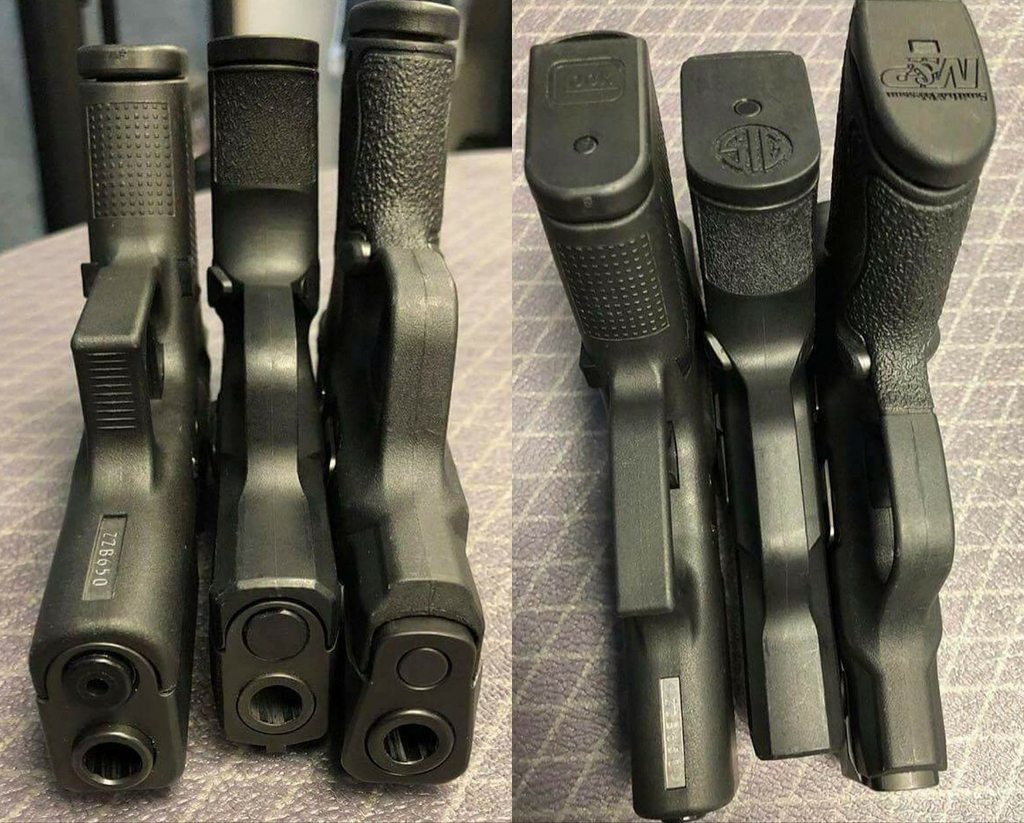 This idea sounds like a winner. And it probably will be. I have my reservations, at least as of when this goes to press. First, I don’t like to buy first generation anything for firearms. I am not a beta tester. I am not a member of anyone’s QC department. And I don’t do that work for free. So I’ll wait a little, just to make sure the bugs are gone. And that goes double for anything that says SIG on the side. Between the P320 drop-safety recall and their history of QC problems with their traditional P22X guns since setting up the plant in Exeter, they get an even longer wait. I do not like the current management either.

All that said, I would like this gun to work well, because I’d love a small backup gun with more bullets.