A few weeks ago, Fishbreath and I were looking at another striker-fired pistol1 being found to be not drop safe. Fishbreath commented that he’d really like to see these barrel-up-at-30-degrees drop tests done to the Glock 43 and the M&P Shield. I promptly obliged him with a video. Glocks have three safeties designed to work together to prevent firing when dropped at any angle. Let’s take a look at how they work. An understanding of the trigger mechanism and the safeties it employs is also useful when attempting to modify that trigger system.


The first safety is the only one visible externally: the trigger safety. It’s that little plastic tab in the middle of the trigger of a Glock, as seen in the picture below. 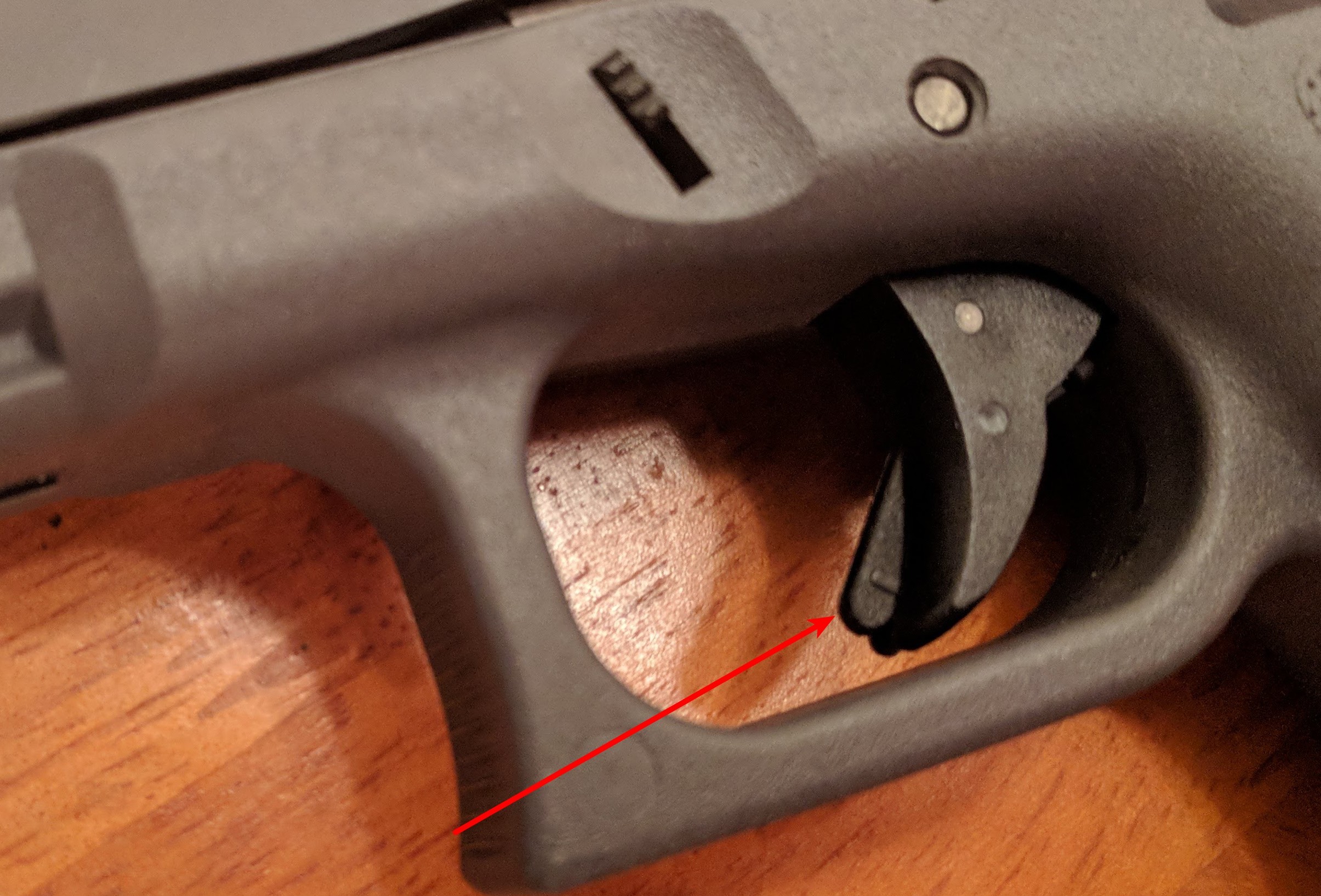 Safety number two is the drop safety plunger. This is visible if you remove the slide of your Glock from the frame and flip it over, which you can see here: 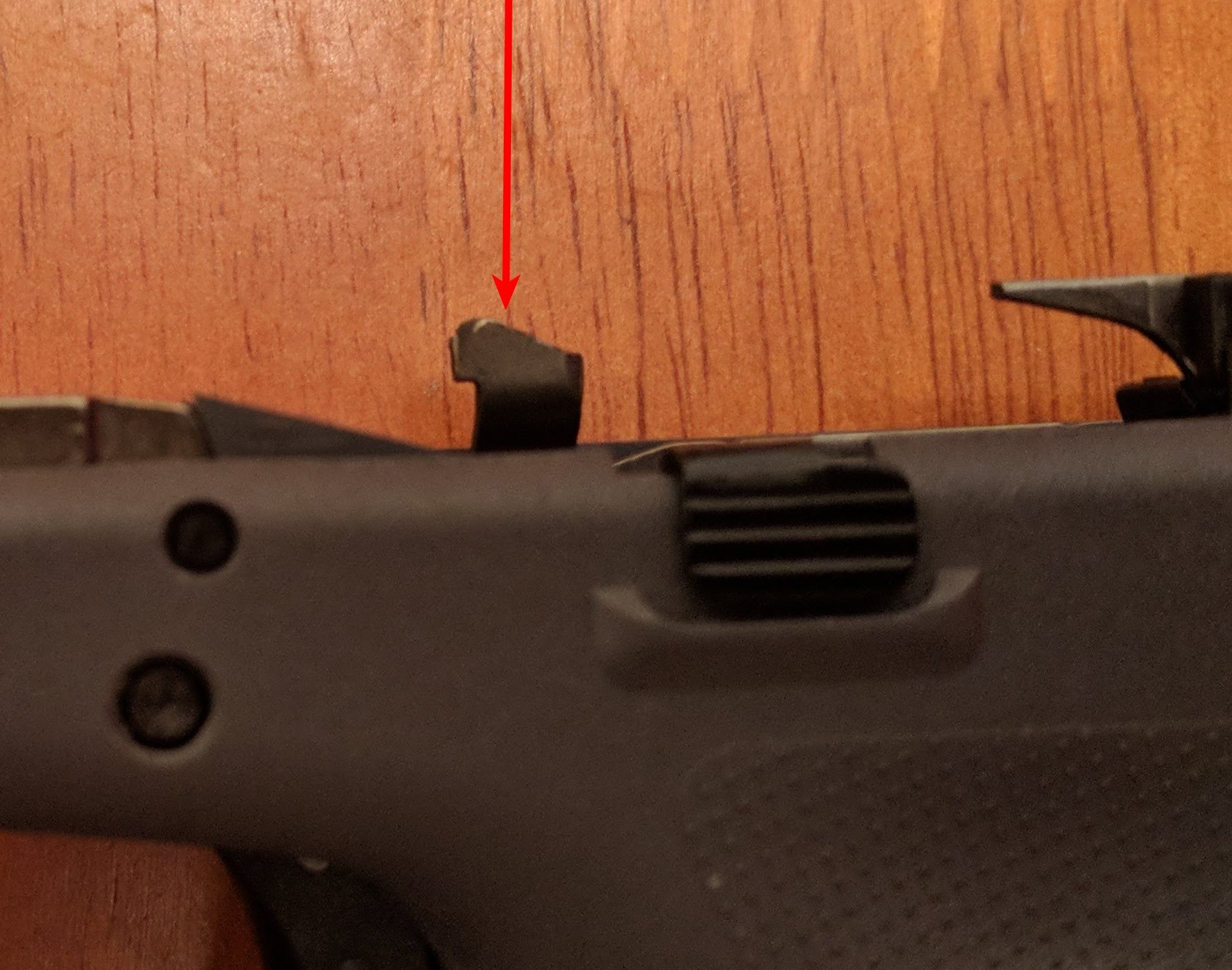 Safety number three requires a bit of explanation. The rear end of a Glock trigger bar has a cruciform tab: This tab rides in a slot in the trigger housing: 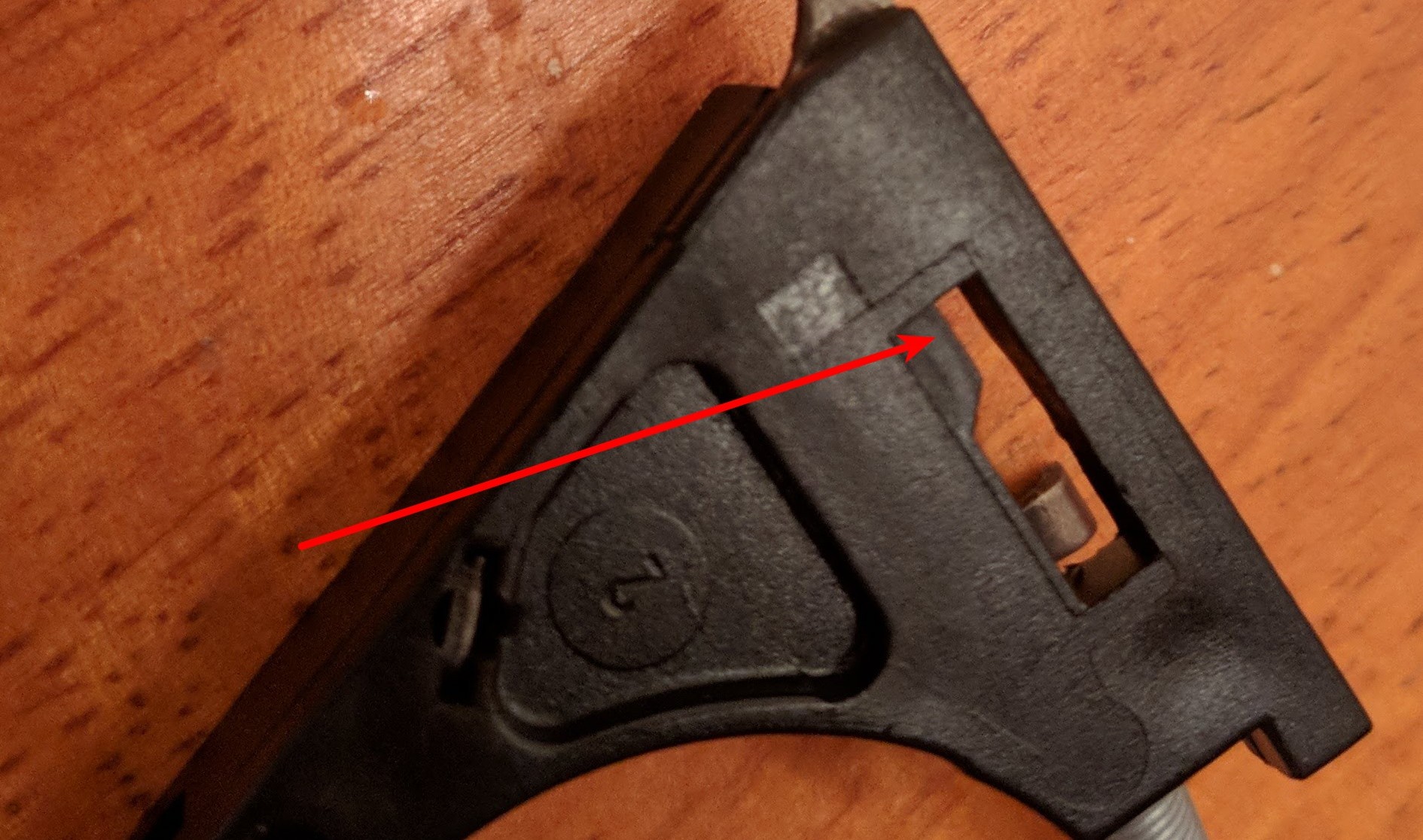 Now, let’s talk a little bit about modifying Glock triggers, and how that relates to safety. From above, we can see that Glock triggers fundamentally require some amount of “pretravel” (i.e. distance the trigger must move before the trigger breaks) for the internal drop safeties to do their job. So you can never get a Glock to resemble a 1911 with negligible trigger pretravel unless you disable the drop safeties.