As mentioned earlier, the US Army is concerned with short range air defense systems again. And they’re looking at various versions of COTS systems to fill this need. We’ve looked at the new Bradley SHORAD vehicle. Now, let’s take a look at one based on the Stryker, called the Stryker Mobile SHORAD Launcher (MSL). 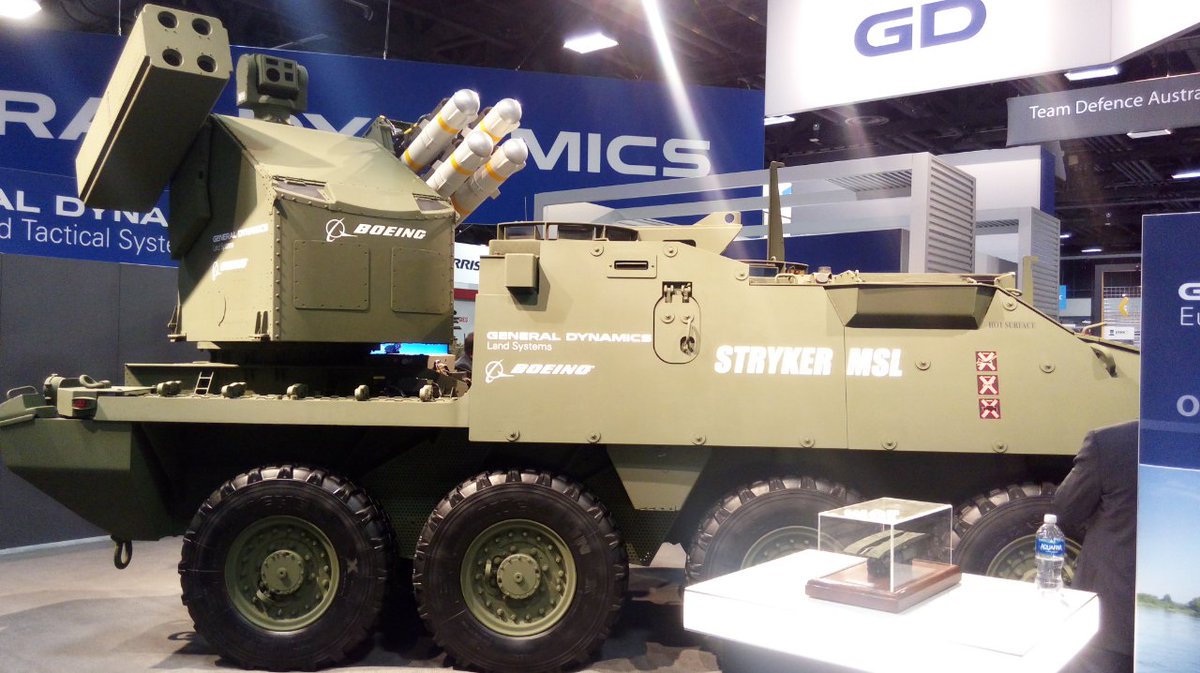 What GLDS has done is cut off the back portion of the regular Stryker to make something flatbedded. Then, they added the turret off of the M1095 Avenger and then Boeing modified that turret.

As before, there’s no radar. Both of these launch systems will need some degree of external cueing. A lack of radar does keep the cost down. Depending on expected threats and usage, this may or may not be a severe handicap.

One further usage is on the HMMWV successor, the JLTV. You can still mount this newer, multiuse Avenger turret on light tactical trucks like the JLTV, as seen here at the AUSA expo: 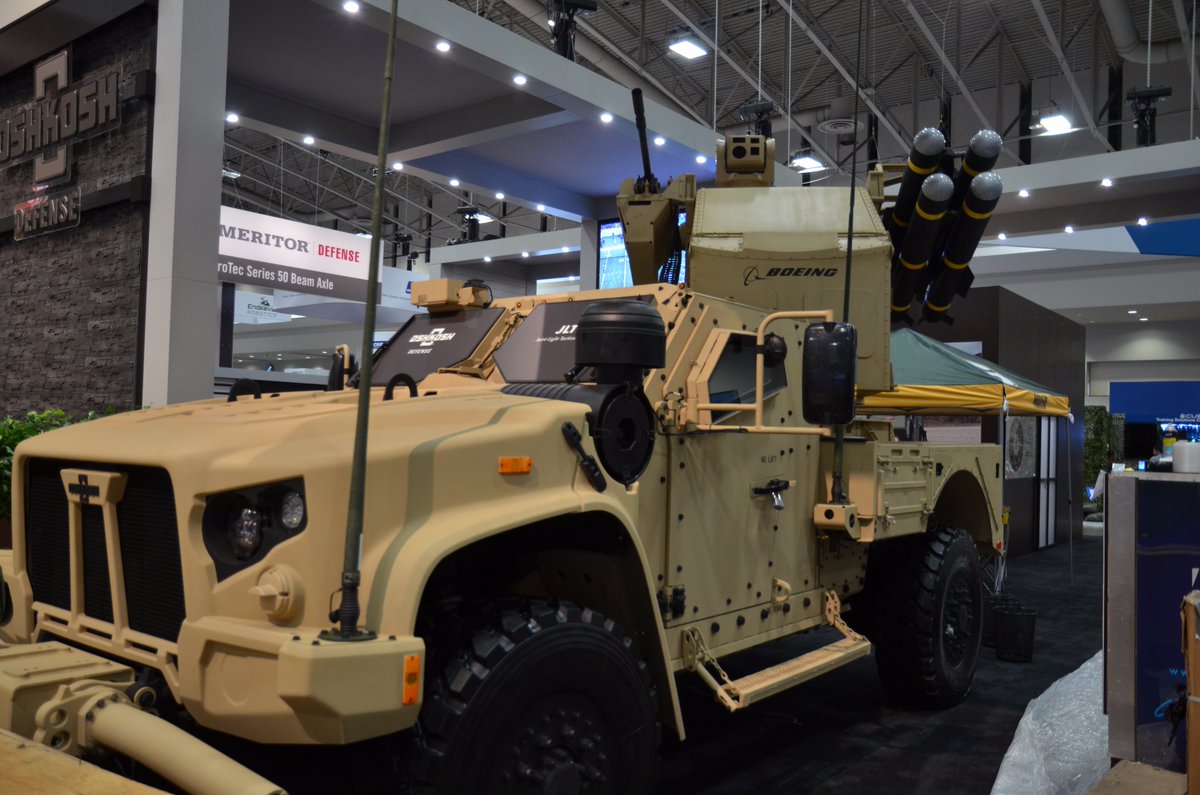 This version has an M230 LF gun instead of one of the missile boxes.