Welcome to what I hope will be the start of a long-running Let’s Play: a mercenary campaign, more or less following the Against the Bot campaign rules, using MekHQ and MegaMek to handle the bookkeeping.

That’s a lot to unpack. We’ll start with MegaMek. This is MegaMek: 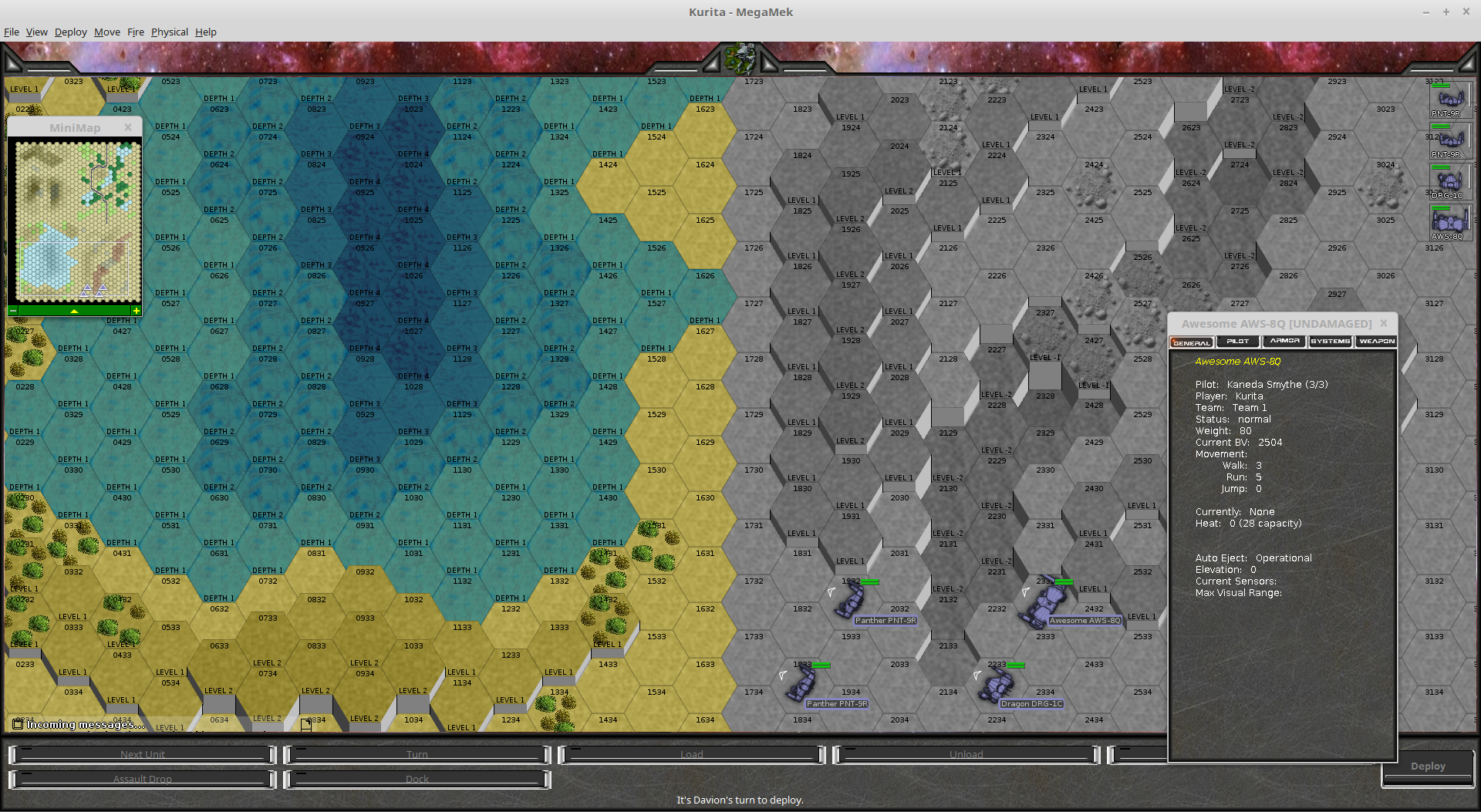 MegaMek is an open-source implementation of the BattleTech rules, which greatly simplifies playing out battles. It covers just about everything in the BattleTech rulebooks, but it’s also a little on the dense and questionably-documented side, as open source projects are wont to be. (See also: my very own OpenTafl.) 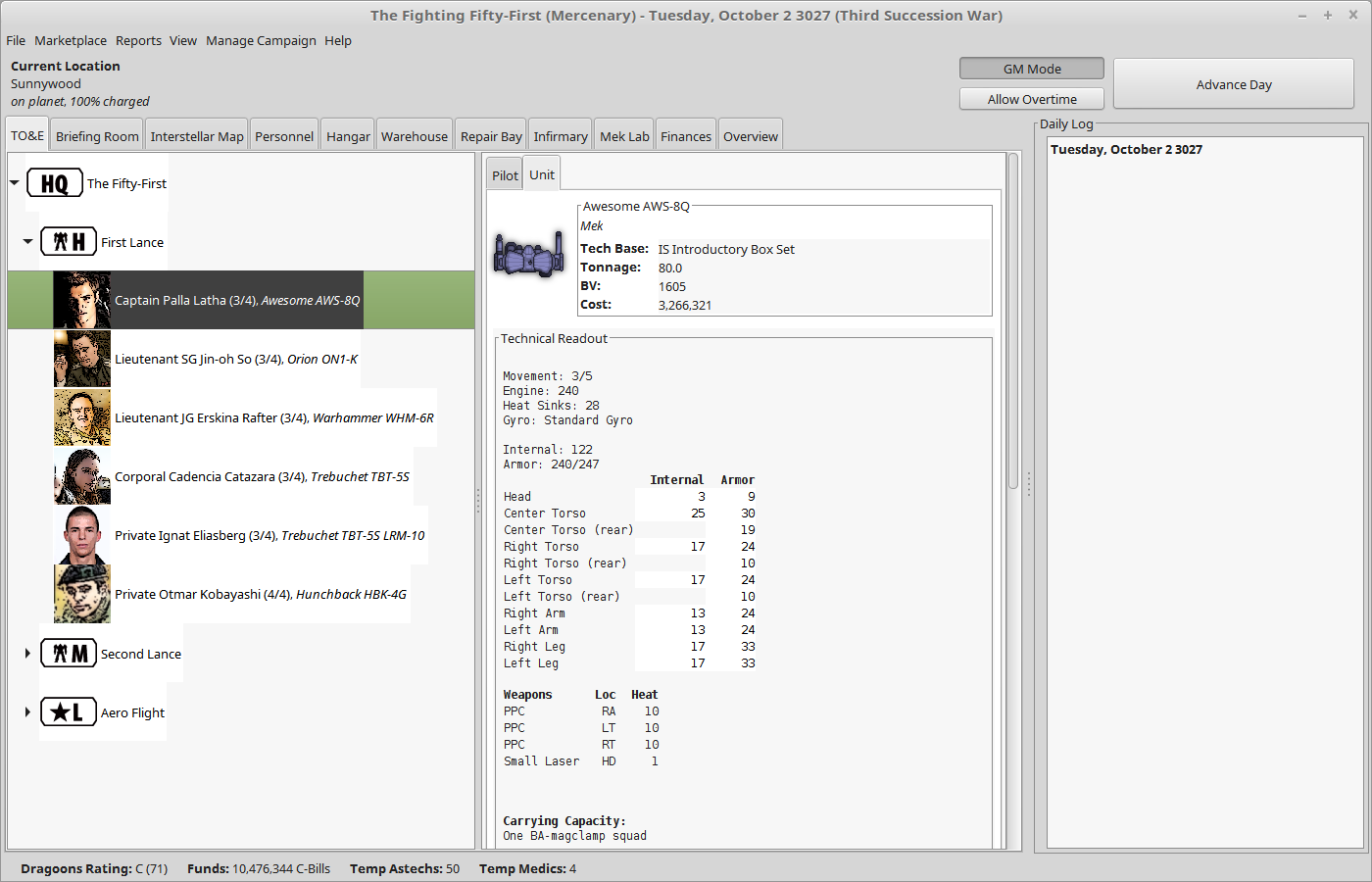 MegaMek runs battles; MekHQ runs campaigns. It implements some of the many, many variations in BattleTech’s rules for maintenance costs, mercenary contract generation, and so on and so forth.

Finally, Against the Bot. No screenshot here. Against the Bot is simply a set of rules on top of those implemented in MekHQ, concerning the generation of a mercenary company and some of the mechanics of running one left untouched by BattleTech’s rulebooks.

I have a few house rules I plan to layer on top. First, a set of rules I cooked up for pre-existing enemy damage. Especially in the Third Succession War era, it’s hard to come by spares and time for maintenance, but the Against the Bot rules have no provision for setting up the enemy forces to be as battered as yours. The pre-existing damage rules present a mechanism for wearing down the enemy force over the length of a campaign, an important part of warfare.

Second, I have a litany of little tweaks to the Against the Bot rules.

I, as the company commander, will play roughly a month of game time per week of real time (my time permitting). I’ll be using a customized build of MekHQ which contains some brand-new features; you can download the source from this branch on Github.

You, as the readers (either at my website or at the Bay12 forums) have a few participation options. You can pick a mechwarrior, aerospace pilot, or vehicle crewman to follow, and give me guidance on how that person ought to develop his or her skills (and possibly input on mech refitting, if that happens). Whether or not you do that, you can also vote on the contract to take.

Now we come to the fun part. Given that my blog is the primary venue for this Let’s Play, I’ve decided we will be known as the Opinionated Bastards. We still have a few things to figure out, though. First off, time period.

Furthermore, we have to pick a flavor of company.

1 thought on “The Opinionated Bastards: a MekHQ BattleTech Mercenaries Campaign”