Tensions still run about as high as they can possibly run with Germany without a war, when an unwelcome event pops up.

We can ignore the Navy Minister, but that’ll ding our prestige and budget badly. We can commit to building half as many destroyers, but that commits us to a potentially-silly course of action without any funding to make up for it.

So, I take the deal. I’ll build a few destroyers as a tip of the hat to the naval minister, and will take the ding in prestige when he gets mad about my lack of 15 destroyers at once—unless we go to war with Germany first, which resets the clock altogether.

A discount Lyon? How can I say no, even if the conning tower armor is missing? The Lille-class will be there if I want one later.

The naval minister changes his mind.

The yards are humming, but not with eight cruisers.

At least we’re putting the money to better use.

I don’t recall if this event raises tensions with other nations, but we’re about to find out. The chance to beat up on Austria-Hungary is too sweet to ignore.

It doesn’t raise tensions with Germany, but also doesn’t get us near a war with Austria-Hungary, either. Since Germany is looking like our most likely dance partner, let’s take a look at their Jane’s Fighting Ships page. 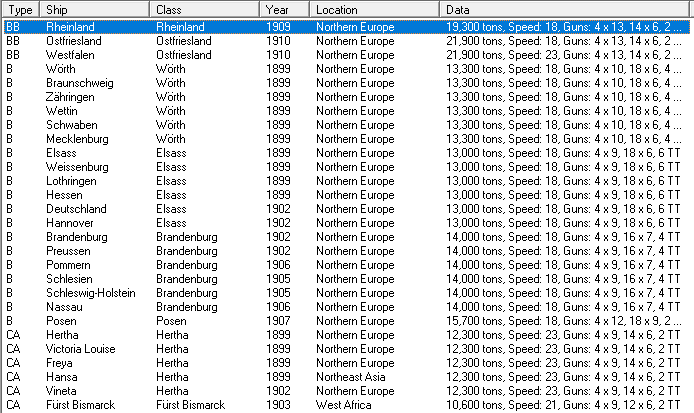 … interesting. Unless I miss my guess…

… Germany’s ‘dreadnoughts’ aren’t, or at least, they aren’t on the grounds of armament. That’s an absurd amount of belt armor, though.

Their other heavy units are pretty ordinary. Their 23-knot armored cruisers are a little faster than the Mediterranean average, but they would still be easy prey for our original Duquesne-class battlecruisers (24-knot speed, 11″ guns, armor against same). The size of their pre-dreadnought battle line is a bit concerning, though.

No, we can’t guarantee a victory. It hurts our prestige, but increases the budget. With the extra cash, I lay down another Redoubtable-class dreadnought, this one to be called Marengo. 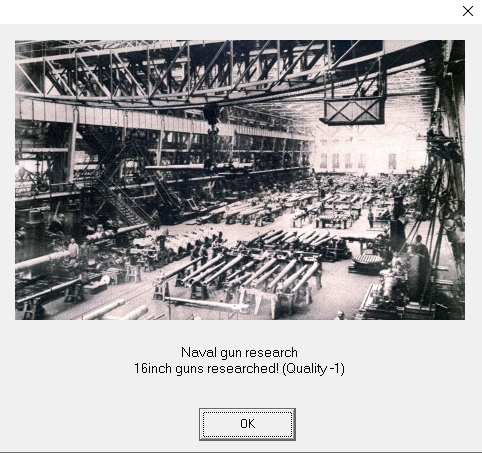 French engineers have developed a 16″ naval gun, which we won’t really be able to mount in anything for a little while yet.

I’ve never been at such a high-tension fever pitch for so long without a war starting. The money is nice. The brinksmanship is tense.

Italy has a 27,000-ton battlecruiser under construction, which is worryingly large. Our heaviest ship to date is 23,600 tons.

One of the nice things about playing Rule the Waves 2 in AAR fashion is that there’s less of a tendency to rush. Because I have to write things down, I have more of an incentive to take my time.

I take the expected prestige hit from failing to build eight cruisers at once, leaving me… exactly where I was before the request, except with a bigger budget.

We develop oil-fired boilers, which is all well and good, except we don’t have access to oil.

Our steadfast allies the British want to buy some shell technology off of us. I happily sign off on it; it’ll buy us another month or two at our fever pitch of shipbuilding. There are currently two battleships and two battlecruisers in the yard, two each of the Redoubtables and Lyons, along with a light cruiser and three destroyers.

Wonder of wonders, tensions with Germany are slightly reduced.

French naval architects have hit upon the idea of superfiring forward turrets as well, which is apt to yield a very traditional-looking 10- or 12-gun dreadnought (two turrets forward, one superfiring; two turrets aft, one superfiring) when the money is there, in ten or twelve months.

Italy’s new light cruiser is now the Mediterranean’s fastest. I believe our ships are a match for it, though, given that our fleet-service cruisers have quality-1 6″ guns—more or less equivalent to standard 7″ guns. 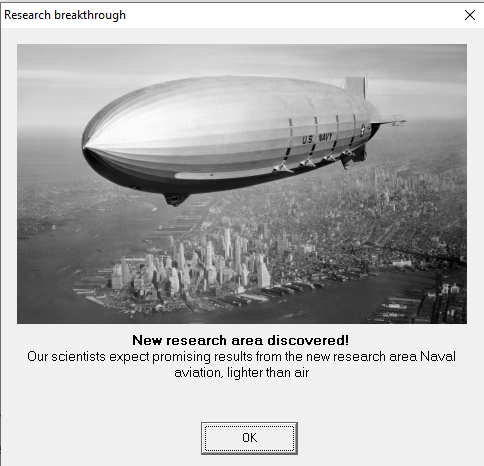 Word of German experiments with airships has reached France, and not to be outdone, we begin to look into the idea.

Continued problems in the shipyards have delayed a number of our vessels—in particular, the two Lyons have not been trouble-free ships, each delayed by a month. (Since costs in Rule the Waves are per month rather than overall, delayed ships end up costing us more.)

Rising tensions between Germany and Great Britain rattle an otherwise calm autumn. War has not yet been declared, but it’s very close. Well, it was a good run of peace, but now it’s time to turn the dogs of war loose once again.

The first month’s battle is an inconclusive destroyer action just north of the English Channel. Outnumbered, the French force manages to stay at the edge of the German ships’ range until dark, at which point it retreats into port at Dunkerque. Two old Fauconneau-class destroyers take damage, but neither sinks.

What with it being Trademarked Football Game Sunday this week and a beer-brewing day Saturday, I don’t expect to have the time to get too deep into this war before I would have to write the update, so I think the thing to do here is to cut this entry short and sound out the naval staff (i.e., you, the readers) on how this war should be prosecuted.

At present, we have five units of note building:

In addition to those, there are eight trawlers in the yards being armed, to run down submarines and serve as cheap trade protection.

Compared to the Germans, we have more full-on dreadnoughts (one), but they have three of what I’d call super-pre-dreadnoughts, with 16″ belt armor and 4 13″ guns, and one presumably more modern dreadnought under construction, due 1914. Our battlecruiser force is superior to theirs. We’ll have five battlecruisers, two of them armed with 15″ guns, before they have a single one (theirs are due 1914 and 1915).

In sum, our dreadnought force is superior (one battleship plus two building, three battlecruisers plus two building), even though we only have second-line ships in service at present. Our first-line ships (by the standard of 1912) will be ready before theirs.

In predreadnoughts, the Germans have a massive edge in numbers (19 to our 8), but even our old La Républiques are superior to all but their latest ships.

The German armored cruiser force is quite large (13 ships to our 5), and their two most recent ones (built 1908 and 1909) feature 10″ guns and 24-knot speed (but very light armor). Otherwise, nothing to write home about. Our Gueydons, though old, can outrun everything but the two recent ships.

In general, we’re a bit behind on quantity, and even or ahead on quality. The question here is, what should we focus on? Large ships, and try to nibble away at the Germans where possible? Fast ships, and destroy their commerce and their raiders while avoiding risky fleet actions? Submarines and destroyers, and try to torpedo them into submission?

At present, even with the larger part of our fleet stationed in the Northern Europe zone, the German fleet has us blockaded, which will sap our victory points over time. Given how little Great Britain contributed to the last war, I don’t think we can count on them all that much to pitch in.

I’ve taken the liberty of engaging in a a relatively robust raiding campaign out of the gate. Two of the reactivated Gueydons, one Tage, and all four Chateaurenaults have been dispatched to the far corners of the German colonial empire, where they will snatch up merchants left unprotected by the German fleet. Raiders and submarines will earn us easy victory points, which may help make up for the fleet battles we may be avoiding.

Should we focus further on raiding, or keep the fleet closer to home and hope for some even battles?

As was the case with Italy, our ships are generally faster than their German equivalents. Technology has come far enough now, though, that our older light cruisers and predreadnoughts are slower than some of the ships they might run across in battle.

Given that conditional superiority, the clear choice is to fight this war much like the last ones, engaging only when success is reasonably assured and running from the other fights (or avoiding them altogether). If you have any other ideas, however, I’m all ears.

The above more or less suffices, but for a quick budget report:

Research and intelligence bring us to a monthly deficit of 1,732, with 4,022 in the bank. Two ships coming out of the yards in the next few months will put us back in the black before we run out of money.