Despite being designed in 1960, the M113 has remained popular. It’s a big, tracked aluminum box. So it’s easy to fit stuff in. And lots of things can be put in a nice aluminum box. Lots of these, like command vehicles, mortar carriers, ambulances, and the like aren’t frontline vehicles. So the M113’s increasingly marginal protection wasn’t that much of a concern. It’s adaptable and low cost. But there’s not a lot of weight capacity for more protection if the vehicle is to be used in urban operations, and the powerplant is pretty old.

Enter FFG. FFG cut their teeth upgrading old M113s, and they finally figured they might be able to offer something better. This is the PMMC G5, seen below. 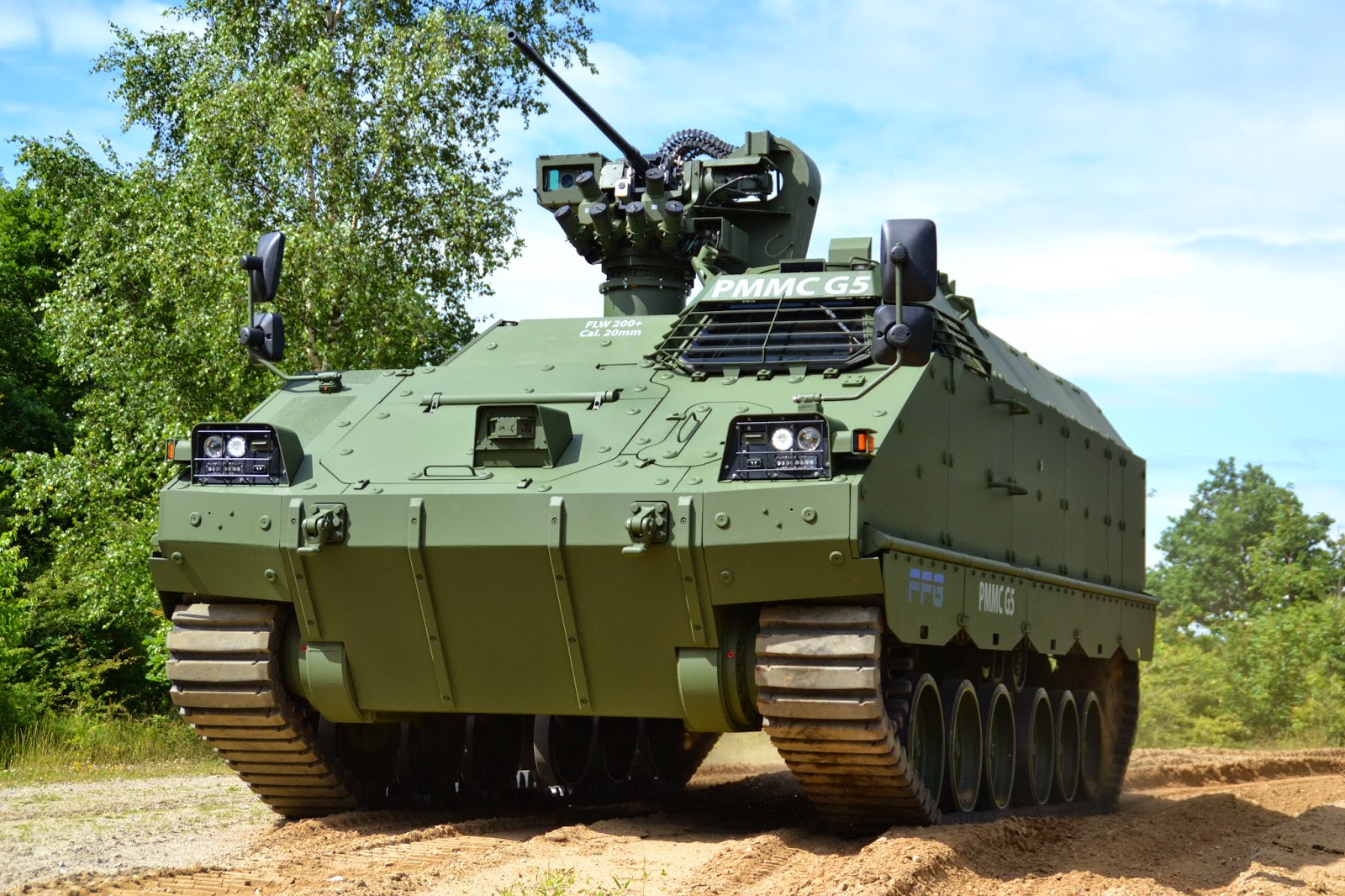 The G5 also has a semimodular design. The modules have a floor and roof, plus internal stuff, and can be switched out with a crane. It’s not quite as modular as Boxer MRAV, but it’s still a solid feature.

The G5 faces stiff competition, being somewhere in between a full-featured, turretless derivative of an IFV like the CV90 Armadillo or simpler M113 refits. The PMMC G5 has only been entered into one procurement contest, in Denmark, where it lost out to the Mowag Piranha V.

As for what I think, I am a fan of the concept. Whether or not I’d go with it for Borgundy really depends on cost compared to some other options, and the sort of boring details of proposals that never gets leaked. Specifically, how the cost of a cheap additional vehicle plus spares compares to additional variants of more expensive vehicles (plus more of the spares that you’re already ordering).