We have the chance to establish a protectorate in Iceland, but it doesn’t go well, and a local warlord takes over.

(That’s the fun thing about random events, the randomness.)

The two Mediterranean Gueydons go into the reserve fleet, along with the older Tages and Fauconneaus. Our starting ships are beginning to get the (O) next to their name which indicates that they are obsolete and, more to the point, old—I don’t recall, but that may have reliability-in-battle implications.

Tourville and Dunkerque, the other two Duquesne-class battlecruisers, finish their working up and make their way to the Mediterranean.

Expanding private shipbuilding and industry yields efficiencies for the Navy, which means another Pascal laid down to replace another Gueydon.

Spies get a hold of the blueprints for Italy’s dreadnought.

Tensions are rising steadily with Germany. (It isn’t even my doing—tensions can go up without events.)

On the plus side, our next class of battleship will look almost conventional. I lay down another two submarines. We’re falling behind somewhat in that realm, but because our interests are mainly close to home, the cheap coastal boats will suffice for as long as we care to invest in submarines.

Germany is clearly pushing for a war with us, which doesn’t bode well. It’s apt to be a strongly commerce-raid-y war on our part. Big fleet actions won’t go well.

Per a reader suggestion, I put the finishing touches on a battlecruiser to mount those new 15″ guns. 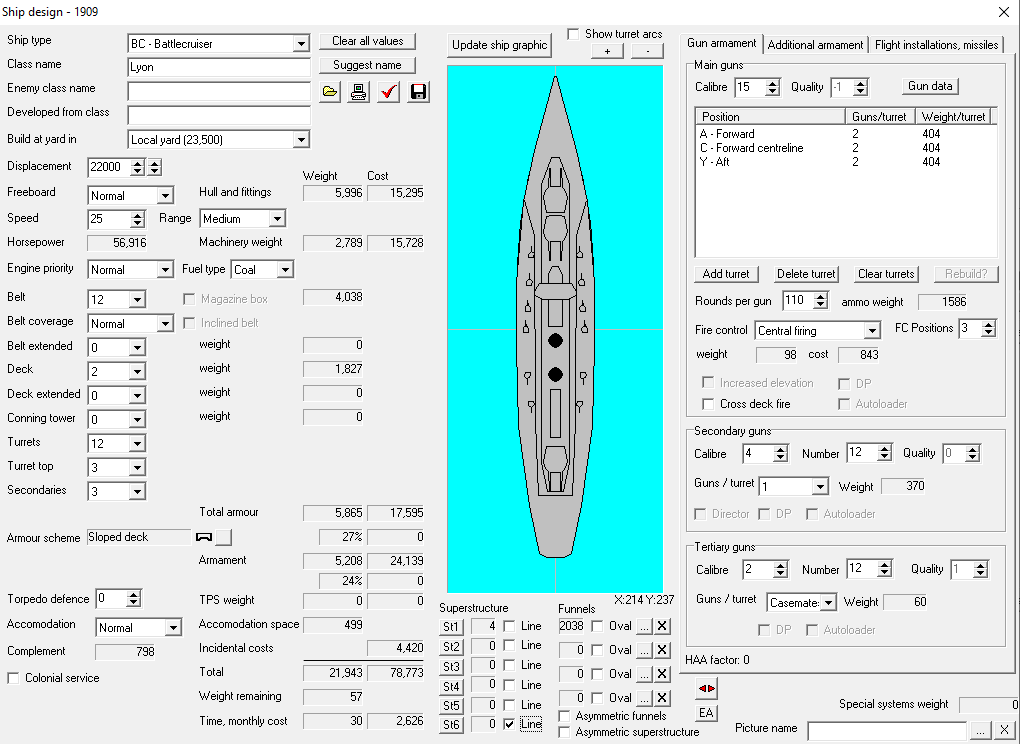 Trying something new as far as drawing ship designs goes.

Later note: I just realized I forgot conning tower armor on the Lyon. I guess that’ll be a one-off. Costly mistake.

The keel of the first Lyon is laid. Devastation is looking like a one-off, especially since we just developed improved 12″ guns. Perhaps a 10-gun ship will follow.

Catching flak for not deploying enough in Northern Europe to counter German aggression (tensions ahve been rising again), I begrudgingly move the battlecruisers up that way.

We’re on the brink of war with Germany, but a new dreadnought design is on the way: 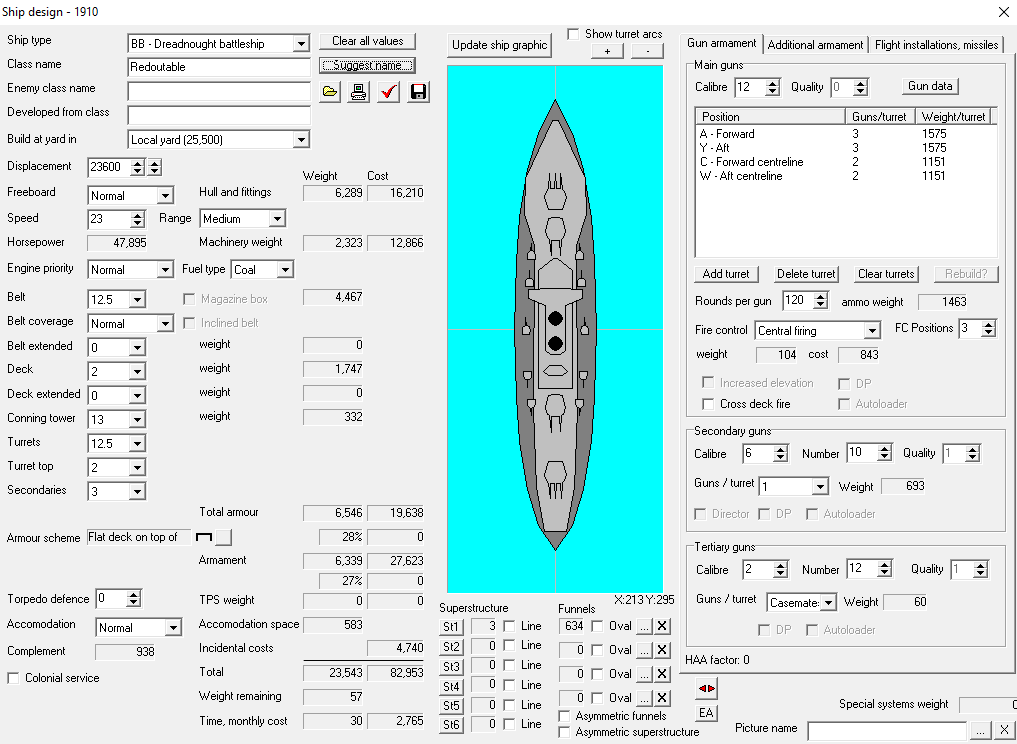 I redid the Lyon class with conning tower armor; future ships will be part of the Lille class.

Not much has changed since last time, with the exception of budget (we can just about afford a Redoubtable, a Lille, and the Lyon currently under construction, along with a light ship or two), and high tensions with Germany. 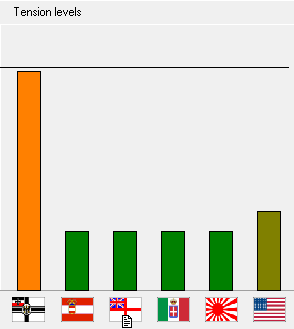 We are still allied with Great Britain, on the one hand; on the other hand, Britain was worth a whopping 100 victory points in the last war. Maybe they’ll be more useful against Germany.