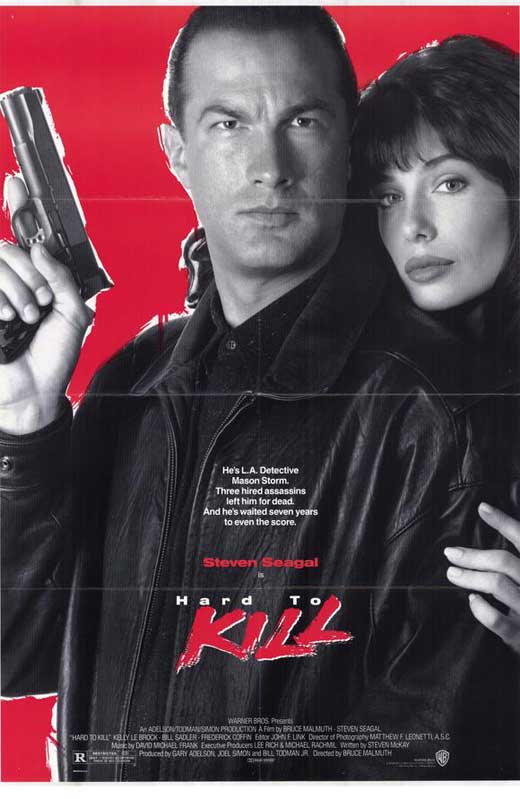 First, let’s define our terms, so that the goalposts can’t be moved on us later. By “kill” or “taken out” we mean “sunk”. That’s what this is, right? A ship? A damaged ship can be easily repaired. A ship sent to Davy Jones’ locker can’t. So let’s not mince words. Words mean things. We’re talking about sinking a flattop. And since everyone (or at least all of the damnable pundits) is talking about the US Navy, we’re talking about those flattops. Big, nuclear-powered carriers displacing about 100,000 tons.

It’s important to realize just how big these supercarriers are. They’re absolutely enormous. Mind bogglingly huge. Pay attention to the following image of the USS Harry S. Truman in Norfolk: 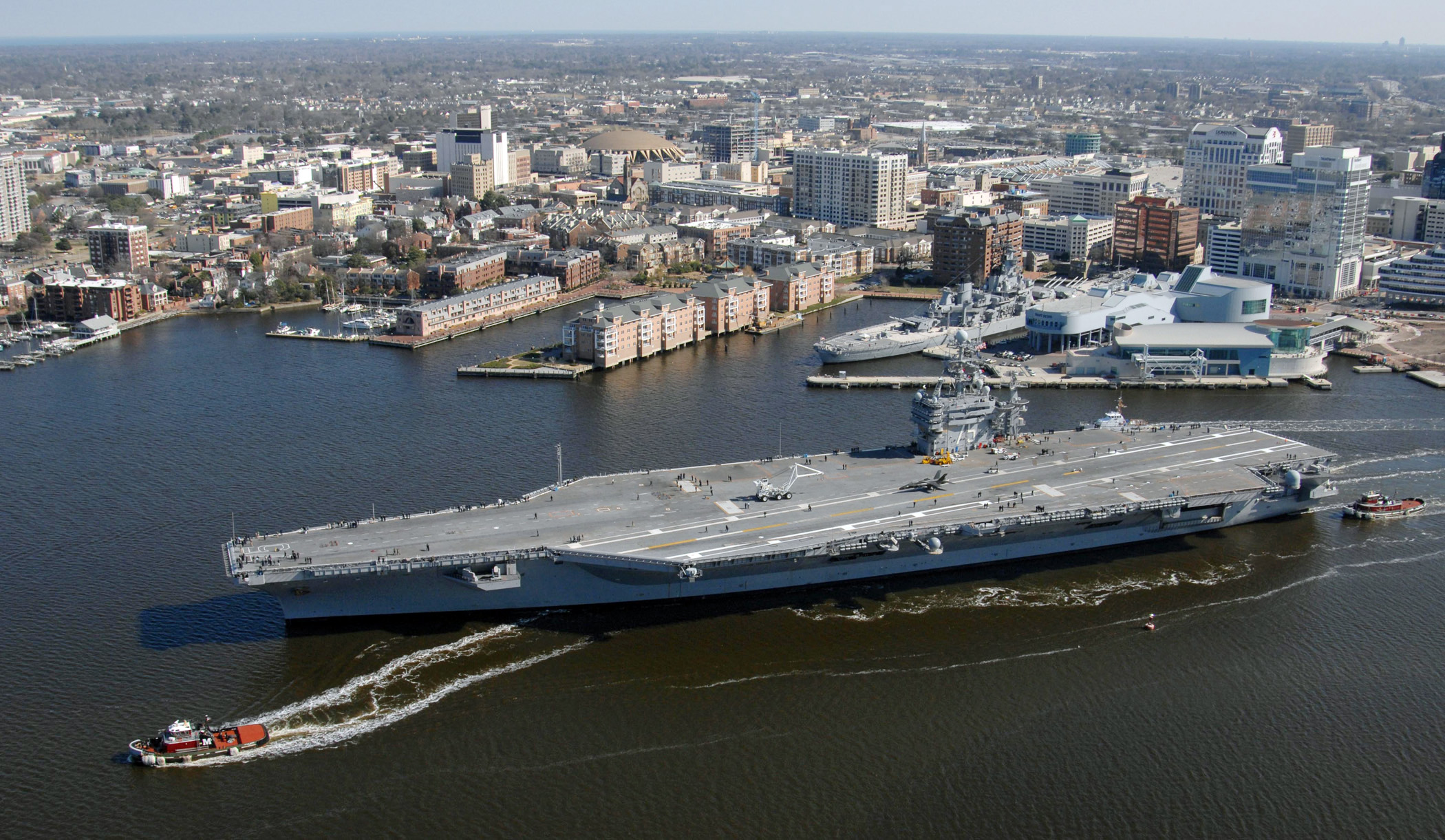 Yes, those dots on the flight deck are people. Now that you can actually wrap your head around just how gigantic supercarriers are, you’ll start to understand the scale of the problem. A large ship like that has plenty of reserve buoyancy and can be extensively subdivided without substantially impacting the ability of sailors to do work. The hangar deck can be subdivided into four sections for damage control purposes, and all of those four are large enough to maintain aircraft without issue if the dividing barriers are closed.

Remember, you actually have to remove that reserve buoyancy (what Fishbreath calls the ‘floaty bits’) to sink the carrier. Most of the threats people worry about when dealing with carriers are antiship missiles in one or more flavors. Those can cause damage, and might cause a carrier to have to proceed to port for repairs. But that is going to have a tough time sinking her. During the Vietnam war, accidents with Zuni rockets led to fires aboard the USS Forrestal and USS Enterprise. These were large fires. Again, pictures will illustrate the scale of the problem. 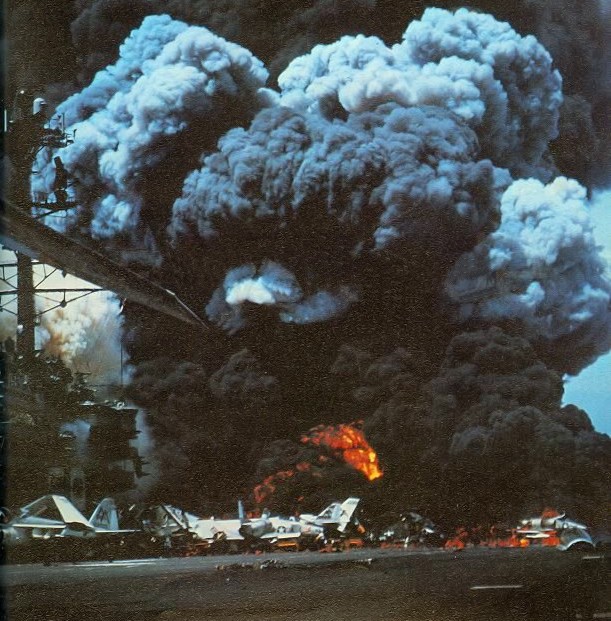 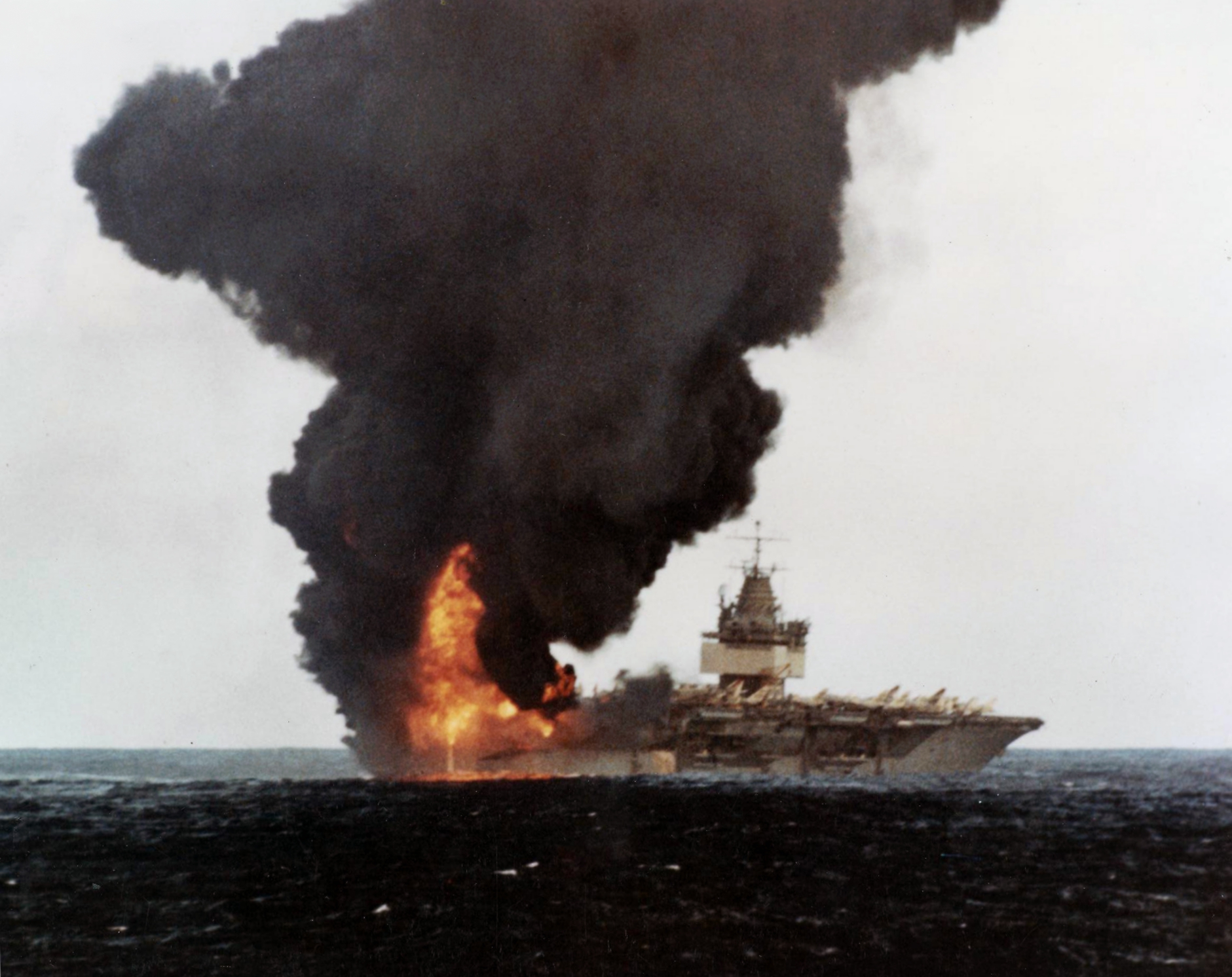 Those fires were bad ones, with a significant number of casualties and lots of destroyed aircraft. But in neither case were the carriers in serious risk of sinking, even with destroyers pumping water in to help battle the flames.

Also the cynic in me points out that they haven’t even hit a moored hulk with their fancy antiship ballistic missiles yet, only ship-shaped outlines in the desert.

Now, there are others who will tell you of the dangers of torpedoes with the sort of magnetic detonators that will explode under the keel of a ship, breaking it in two. Here’s an example: 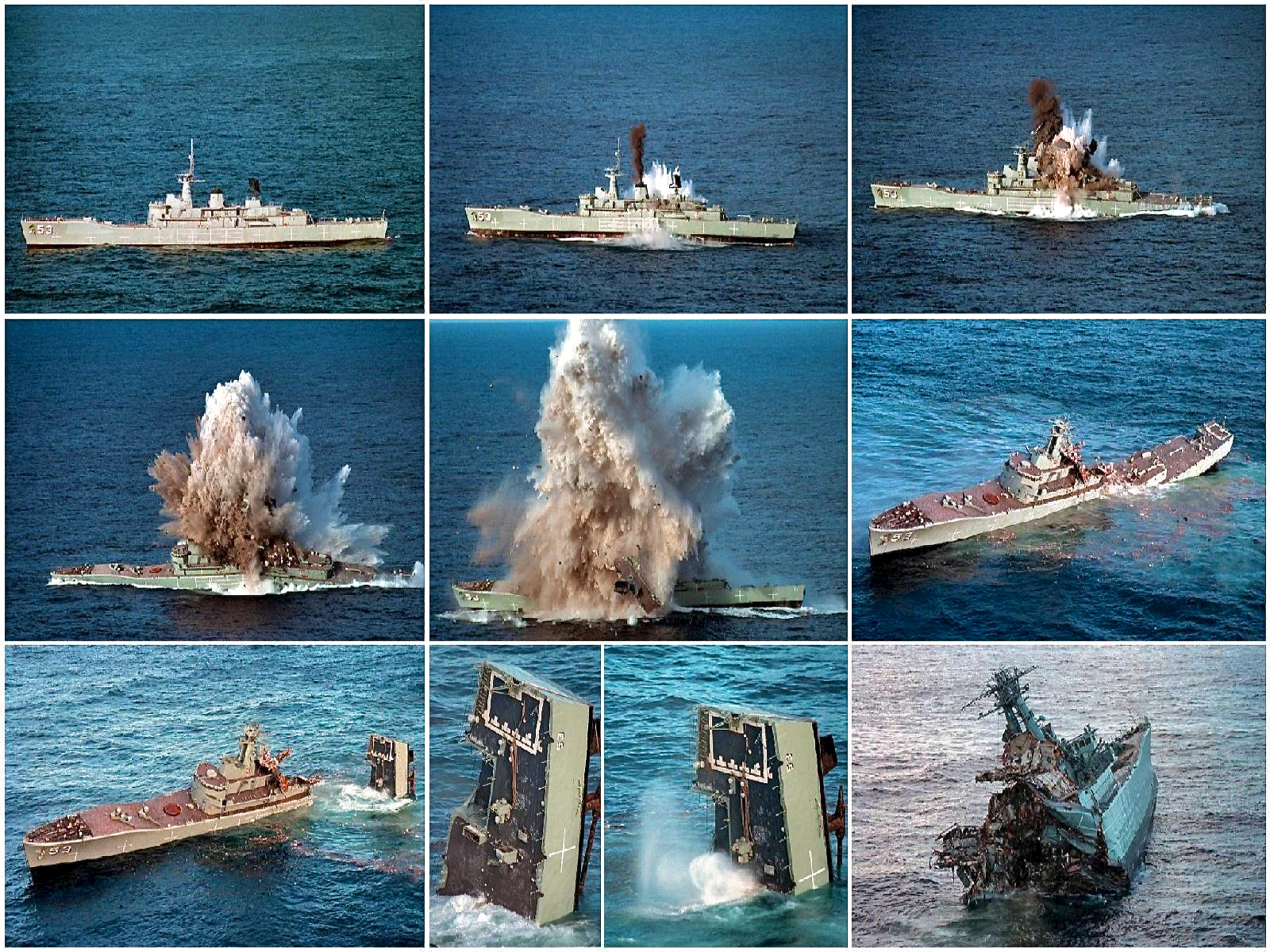 These are also not a silver bullet to easily sink a carrier. For one thing, all of those magic SINKEX videos of ships dramatically cleft in twain are of ships much, much smaller than a carrier. The ship above is the former HMAS Torrens, displacing about 2,700 tons. It makes for a dramatic demonstration of the Mk. 48 ADCAP torpedo, but what happens when we try a larger ship? The former CV-66 went through just such a SINKEX. Let’s take a look. How remarkably intact. And level. It’s not even listing to one side. The few images we can find of big carriers’ hulls under construction seem to indicate that they use the hull sides for a significant amount of strength to supplement that of the keel.

But to launch missiles or torpedoes at a carrier, you must first find the carrier, which is not as easy as one might think. Remember, in a shooting war, satellites are toast. Their paths are very predictable and they’re incredibly soft targets. So now it’s a question of emissions control. There are lots of ways to be deceptive, by running silent and controlling when you switch radars on. Or by having escorts run radars instead of the carrier. Anything to confuse the enemy or widen the search area. The carrier task force is free to move as it pleases, and relocate if it thinks it has been localized. The difficulty of correctly identifying the carrier(s) in a strike force was difficult enough in the Cold War for Soviet Naval Aviation to designate reconnaissance aircraft to visually identify the carrier as an immediate precursor to a strike.

Clearly any ship can be sunk, but when pundits proclaim an era to be “over” we should think critically. Carriers are as hard to sink as they’ve always been, and large fleet carriers were initially conceived in the Cold War environment of the 1960s, which is hardly a safe time for shipping had a shooting war broken out.

2 thoughts on “Hard To Kill: The USN Fleet Carrier”