The persistent popularity of small snubnosed revolvers, typified by the J-Frame models of Smith & Wesson, for concealed carry purposes astonishes me. Back in the day, sure. Small, reliable, semiautomatic pistols in a reasonable defensive caliber did not exist. But this is Anno Domini 2018. It is not 1958. There are plenty of options if you want something really small and concealable and reliable and chambered in a reasonable defensive caliber. Off the top of my head, there’s the S&W M&P Shield, the Glock 43, and the Walther PPS, all with established track records and manufacturers with good QC. These are reliable choices. They’ve been on the market for years. They work. Really. And they provide so many advantages over the small revolver that I still am astonished that people go for the revolvers instead. And no, I also don’t know why my tactical friends keep seeking out training on the damn things. Let’s review the many ways that the small, single-stack semiautomatic is flat-out better than the old-school revolver competition.

Just about everybody is going to be better suited to buying a small semiautomatic these days. And you’re not giving anything up on size either. Here’s an overlay from the late Todd Green, who is also firmly in the more bullets camp, where we can see that a J-frame and a Glock 26 are both about the same size. 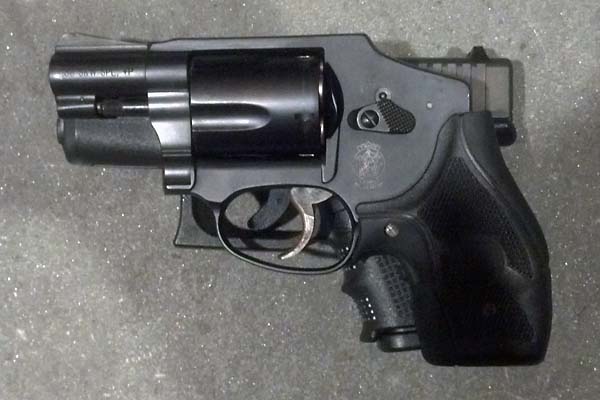 Oh, and one more thing. J-frames with the locking hole in the side of the frame above the cylinder release have been known to have this lock break, jamming up the gun. Just what you want.