And now for something a little different. Let’s look at the South Korean K21 IFV.

In a lot of ways, this is an old-school traditional style IFV. It’s lightweight, coming in under 26 tonnes. It’s even amphibious. That said, it has some unique construction features. To keep overall weight down given the protection level (which we’ll get to later), the Koreans use fiberglass for the vehicle structure. This is a first for a military vehicle. And while we don’t know a lot about the long-term durability of fiberglass in a military vehicle, it does keep weight down while not jacking the price up too much. It’s a good idea. The K21 also has two (presumably sectioned) rubber inflatable bladders under the vehicle skirts to provide extra buoyancy and stability in the water. This is much nicer than the giant canvas erectable overskirt on the M2(A0) Bradley. And, it means that the K21 can actually cross rivers, like the BMPs. And, just about nothing else these days.

Protectionwise, the K21 is built for the Korean peninsula. It’s got frontal armor against the 30×165 mm APDS threat that’s likely from North Korean IFVs. The rest is protected against 14.5 mm HMG rounds, and the roof is protected against shell splinters. This armor compromise was likely necessary to achieve amphibious capability, but it’s rather marginal by modern standards, as it lacks extensive RPG protection. It should work in the Korean peninsula, and that’s what matters. I don’t know how much more weight the suspension is rated for, so I don’t know how easy it would be to up-armor the K21. But if we can tack a whole bunch of ERA and applique armor on a Bradley, it could be done here, if we wanted.

Okay, I’m not a fan of the armor. I like heavy. But I do like the armament. The K21 has a 40 mm Bofors clone, complete with a modern MBT-grade fire control suite and full stabilization systems. Big punch. Optics for fire control are like those on the K2 Black Panther, so they’re excellent third-generation thermal viewers and modern laser rangefinders. The commander’s sight is, of course, fully independent. Note that the turret is a conventional, two-man affair. Modern MBT fire control with a big 40 mm autocannon? Yes, please.

Let’s talk a little more about that 40. The 40 mm Bofors round means you comfortably outgun just about every IFV in the world. Aside from a few tank-like things like Namer1, you can kill any IFV you want with frontal hits, and you can punch through any MBT’s turret side. Plus, you get a really big HE shell, and the good folks at Bofors have already developed plenty of advanced rounds for you, including the 3P (Programmable, Proximity-fused, Prefragmented). The downside of course is that the rounds are very big. This is the 40x364R mm round, and it’s a beast. Which means ammunition stowage and handling is a massive pain. In the CV9040, the Swedes have a triple-feed ready rack that holds a whopping 24 ready rounds2, and there’s 210 more in various racks with various levels of accessibility. The ready rack has to be topped off from the semi-ready-rack (which holds 48 rounds) by hand, and then the dismounts have to refill the semi-ready-rack from under the turret basket, where most of the rounds are stored. It’s a massive pain, but it’s workable. If the year is 1935, you can’t do better.

The South Koreans took a different, more modern approach with the K21. They still use the 24 round ready rack, but built an autoloader in the turret floor to replenish it. Underfloor storage is about 200 rounds. The system looks like this: 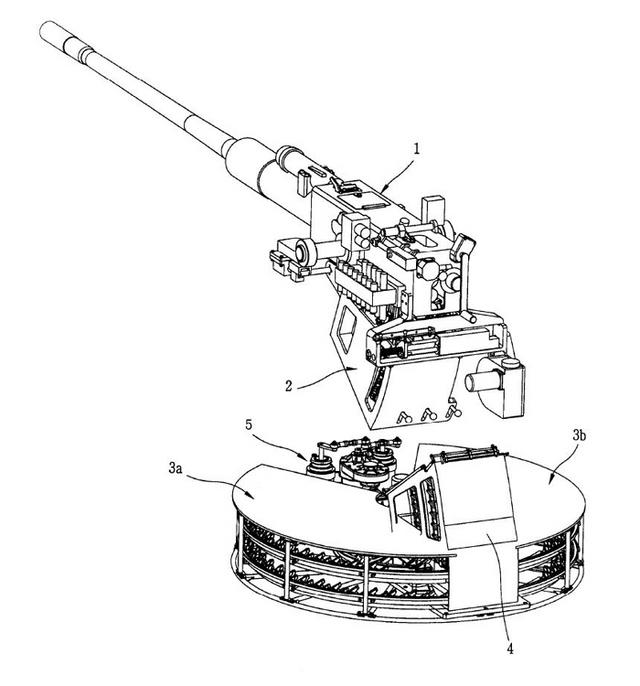 Neat, huh? Way better than that goofy ikea manual reloading process on the CV9040. This is a 40mm system I can get behind. This will actually let you keep fighting for a while, and with a really powerful round to boot. Be still my beating heart.

The K21 also has a 7.62×51 mm coaxial machine gun. It’s a clone of the M60D. There’s also provision for a two-tube launcher for South Korea’s latest ATGM, but I can’t confirm if these have been fitted yet. Or maybe I just don’t have pictures. This missile should be a lot like the Israeli Spike LR, in being a top-attack, fire-and-forget missile. I don’t know if the Koreans had Israeli help, Israeli licensing, built a copy themselves, or just came to the same conclusions Rafael did about ATGM design. Still, it should be a good missile choice. Much like the Puma, if the Germans would get off their butts and finish the integration already, dammit. Seeing as the South Koreans actually have proximate threats, and they spend Real Money on defense, they’re much more trustworthy on such matters. I wonder what ‘Get ‘er done!’ translates to in Korean…

The K21 does not currently feature any kind of active protection system. The Koreans are planning to integrate that as a follow up. Given the threat level on the Korean peninsula, I approve of this plan. Historically, programs that choose not to do everything immediately, and get a working, good enough version in the field and then add on extras tend to do better. There are plans to integrate a hard-kill active defense system on an improved version in the near future. There are also plans to try to reduce the weight further. All in all, this project actually seems well managed for once.

Dismounts are another area where the K21 shines. It holds nine. NINE! That’s a squad! How can they do this on a 6.9 m long vehicle? Simple, they compromised. Given that the most likely confrontation is a conventional war with North Korea, who’s not likely to bury giant IEDs, the South Koreans stuck with old-school bench seats in the back. They’re not fancy shock-absorbing, blast-resistant seats, but they’re more compact. So you can keep the protected volume (and hence, weight) down, and still carry an actual, usable squad of dismounts. Good on you, Korea! Here’s to real wars and not stupid COIN-y “police actions”.

A word on costs. The K21 costs $3.95 million. Given the electronics, this is a very good price. Almost like good project management helps you come in on budget.

There are some other variants out there that you might be interested in as well. There’s a “medium”2 tank version available with a crew of three and a 105mm low-recoil gun. Perfect for your assault gun needs. It also gives you something with a reasonable gun that can cross rivers with your infantry carriers.

So, what do we think? Well, but for the protection, it’s great! And if it had a hard-kill APS, it might be a reasonable compromise on protection, given that it can float. Armament is great, as is dismount capacity. We’d probably prefer to forget about amphibiousity and load it up with a modern, multilayer ERA kit like what’s on Bradley, and call it good. That gun system is really hard to argue with, especially when you add the ATGM capability. This thing rocks.

1.) Not technically an IFV, but you get the idea.
2.) I would call it a light tank, but medium tank probably looks better in the ad copy. It’s the same weight as a regular K21 and is just as amphibious.